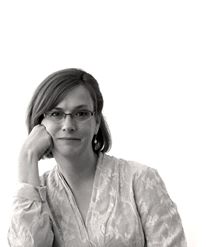 Underneath the labyrinthine exchange of roadways, the Interstate highway, the elevated expressway, and city streets that carry the heaviest traffic in our city, at the end of the dead end road beyond the fast food and drive thru Starbucks, there’s a mega-store. My skin crawls and I feel a little sick every time I see it. I went in a couple of times just to look around and felt dirty just being there. But, sadly, I think I’m pretty alone in my revulsion over this store. Recently there were protests and the city-council spent hours trying (rightly in my opinion) to keep a strip-club from opening a couple miles to the east of this place, but, I’ve never heard of anyone being anything but pleased by this store’s presence in our fair city.

Even so, I can’t help thinking if Jesus were to come to town, there might be some serious table turning action taking place down there.

So, can we talk about Jesus junk and cheap churchy tchotchkes and bad books and those who profit, bigly, off the sales of that stuff? This mega-store is crammed wall to wall with Jesus home décor, and Jesus jewelry, with Jesus plush-throws, and Jesus tees in every size, with Jesus baby burp cloths and nativity napkins and Jesus is the Reason for the Season soup mugs. The place is filled with the scent of “manger mixed with myrrh” melted wax (you can buy it in a set with the handy light-up nativity scented wax warmer for only $25.99).

A couple times I’ve been given gift cards to the Jesus Junk store. Last year I went there thinking I could use my gift card to buy a new Bible. The cover was coming off my old leather-bound Oxford Annotated NRSV and I thought it might be time to replace it. I braved my way through the Jesus gift gallery and past the thousands of glossy-covered books selling a “God loves America Best–Jesus is your Ultimate Life Insurance–Do you Know Where you’re Going when you Die? (and, in the mean-time, Heaven on Earth can be Yours if you follow our Ten Easy Ways to make your Husband Feel like a King)” kind of pseudo-Christianity. Way in the back of the store is their fairly large Bible section.

The Women’s Thin-line Pretty in Pink King James Version Bible complete with a matching pink journal and pink pen was only fifty bucks. But nowhere, amongst all their Biblical offerings was a single Bible for which a woman was a member of the editorial board. Not one. I’ve been exaggerating a little (could you tell?) about the stuff this store sells like hot cakes, but I’m not exaggerating at all about this. Every one of the hundreds of Bibles in a breathtakingly large array of colors and covers and versions and editions was translated and edited only by men. Why does that matter? Because women, like men, were created in God’s image. Women, like men, have brains and are scholars and are capable carriers of God’s stories. The more broadly representative the editors and translators of God’s word, the more accurate, the more inclusive the important editorial decisions. The earnest salesman helped me look at every version of the Bible sold in his store. Dozens of versions, no women editors. “Isn’t this strange?” I asked him. He admitted it was. He said he’d never really thought about it before.

Isn’t that the way it is with the whole big, let’s show the world how much we love Jesus by buying stuff with his name on it charade? We just don’t think about it. We have this good citizen-consumer attitude “It’s nice we have that big Christian store selling Christian things for all the good Christian people.” But, is it nice? Or, is it maybe a sham? Is it maybe a place where day after day hour after hour God’s name is taken in vain?

Using God’s name to make a buck, using God’s name to enhance one’s own wealth, using God’s name to  please one’s investors, using God’s name to improve one’s business, using God’s name to silence half of God’s people seems to me to be risky. What I’ve read in my plain old black leather covered study Bible indicates God has never been all that pleased when people claim things in God’s name that are self-serving. Who benefits from the sale of Jesus Junk? Are the factory workers paid living wages to make all that stuff? Are they given full-benefits, do they get to take Sabbath rest? And what will happen to the Jesus junk when it’s gathered dust on our shelves and our kids have to go through our stuff after they’ve sent us to the old-folk’s home? Will it be valuable, or will it go to the landfill where it will be buried with no hope of resurrection?

Who benefits from Bibles edited only by conservative old white men? Who is being served? Is it God? And who benefits from books that trumpet piety and morality and “Christian” values that leave out the poor and the vulnerable and venerate the rich and powerful?

I don’t like the strip club in the middle of town. It’s degrading and dehumanizing. But, at least it’s not selling its’ tainted wares in the name of God.

It’s November 27th and it was 67 degrees when I went to the grocery store an hour ago. (I live in Nebraska). We’ve had high temperatures in the mid-sixties since Thanksgiving Day, four days ago. (I live in Nebraska). The weather has been beautiful. On Black Friday Mike and I took advantage of it and hung our (minimal) Christmas lights a whole week ahead of the beginning of Advent, because we live in Nebraska and who knew when we might have another day so nice for hanging lights?

Usually, hanging lights involves snot freezing as it drips from one’s nose when tipped upside down from the ladder. Usually, hanging the twinkling cheer involves fingers frozen stiff with cold and a face lacerated by leaves whipped up into mini-tornadoes while one stands defenseless atop a ladder. Not this year. I’m not complaining, except, it is a little weird. Shorts, flip-flops and Christmas tree displays go together in Florida maybe, but not here, except today. Today even that sight made sense in a very nonsensical way.

One of the errands I ran today was to mail a box to Benjamin, my youngest son. He lives in New York City and because he started a new job in October he has no vacation time and was not able to come home for Thanksgiving. For the same reason, he won’t be coming home for Christmas. The box I mailed holds a Christmas ornament for each year of his life so far. Every year since they were babies, I bought each of my sons a new ornament for our tree. My mother did the same for me and my brothers when we were little. When we left home, she sent the ornaments with us so we’d have a little bit of home on our Christmas trees even if we lived far away. I still have the little gingerbread house, and angel with orange fluffy hair and Raggedly Ann from the trees of my childhood.  This year Benjamin will have his jointed frog that he broke and secretly fixed with chewing gum and the Santa whose arms and legs move at the tug of a string, and a delicate carved wooden ornament in the shape of Nebraska tied with a red ribbon among twenty-some others.

Once I graduated from college  I spent most of my Christmases far away from home. My first husband and I were both pastors. We served churches in Kentucky, Illinois, Ohio and Michigan and since churches generally expect their pastor(s) to be present for Christmas Eve at least, getting home to Nebraska for the holidays wasn’t usually feasible. Once in a while my parents came to where we were for the holidays, but mostly we created traditions of our own with our boys and talked with my family by phone late in the day on Christmas.

That the day would come when my own children might not be home for the holidays is something I always anticipated. That  we would not always be in the same place, enjoying the same glittering tree was inherent in my buying ornaments for them to “take with them someday.” But, knowing the day would come is not the same as living that day. Dropping off that box today I felt my heart. It ripped a little bit inside my chest as I gave the woman Ben’s address.

This five day streak of near record breaking warmth in Nebraska in November just doesn’t seem right. Neither does sending Ben his box. I’m not complaining exactly, but it is a little weird.